Over the past five months or so, I’ve heard from a number of readers who’ve asked about my next post–like, where is it?–wondering why I haven’t written anything new for “This Gay Relationship” in nearly half a year.
There are a number of reasons for that:
1).  Much of my writing time has been focused on my novel, which is going well (if slowly), but which continues to demand a lot of my time and energy.
2).  I started a new blog last December focused on what I’m learning in the process of completing my novel (apparently, every serious writer should have a writing blog).  For those of you who are interested, it’s called “Rick Modien’s Writing Blog” (not a very original title, huh?), and you can access it here.
3).  Continuing to write for “This Gay Relationship” depends on having something new to say about being gay, working through it, and coming out stronger and better.  To be honest, being gay hasn’t been a big deal for me lately.  Increasingly, it’s become just a part of my life, which is, I suppose, exactly what I’ve always wanted it to be.  (That said, I’ve recently come up with a few ideas for new posts that I hope to write, and share with you, very soon.)
4).  While I’ve been so busy working on my novel, I’ve tended to focus more on smaller bits and pieces to share with you, which I’ve done from time to time on the “This Gay Relationship” Facebook page.  These include articles I find on the web, reviews of books I’ve read, and so on.  If you want to take a look at that, please click here.
In short, please be assured I haven’t turned my back on “This Gay Relationship.”  I’ve only taken a break from it, which I’m now about to end, in a manner of speaking.
Years ago, I made the acquaintances of several readers who either wanted to exchange guest posts with me, or who I asked to write a guest post.  Such was the case recently with Alex, a seventeen-year-old young man from the United States, who found my blog late last year and wrote me an email in early January of this year.
Since then, Alex and I have gotten to know each other through an ongoing email correspondence (as well as the occasional Skype session) that has seen us discuss a number of topics over time.  I consider him a friend, and he considers me a friend as well as a mentor.  We’ve had some serious “discussions,” but we’ve laughed a lot too.
I admire Alex as a person–his youth, vitality, ideas and opinions (although we haven’t always agreed on everything), and his ability to write.  For some time, I thought about inviting Alex to write a guest blog post for “This Gay Relationship,” because I wanted to feature a sample of his writing on my blog.  I raised the subject with him, and even gave him a topic to write about, if he couldn’t think of anything himself (the topic was one I’d wanted to write about myself, but, when you read it, you’ll see why I wasn’t the right person).  Alex ran with it, and, over the last several weeks, we’ve worked together to prepare his guest post for you.
So, without further delay, it gives me great pleasure to present Alex’s guest post titled “Post-Gay.”  We hope you enjoy reading it. 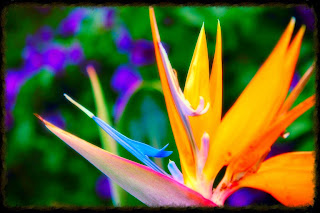 I'm a human being.

But I also consider myself to be a post-gay teen.  I’m part of the younger generation today that doesn’t have trouble accepting who we are. My sexual orientation doesn’t define me.  Rather, it strengthens me.

But our world isn’t a post-gay one yet, is it?  For that reason, many people, young and old, still struggle with their sexuality.  Even in 2015.  Even though being gay today, especially in Western countries, is so much easier than being gay was in the past.

A little about my story.

I suppose one of the biggest reasons why I stayed in the closet was because I was worried about what my parents would think, and how they’d react to finding out I’m gay.  I may be a post-gay teen, but my parents are certainly not post-gay parents.  (I look forward to the day when parents won’t care one way or the other what their children’s sexualities are.)

Eventually, I found the courage to come out.  It was the most difficult thing I’ve ever had to do in my entire life, and it was definitely the most terrifying.

Don’t get me wrong, though. I’m not saying that coming out is something to be avoided.  I believe we, as gay people, owe it to ourselves to be open about who we are.  But it’s still tough to do.

Now, not to scare you, but my coming out didn’t go well.  I live in a very conservative area of the United States. As such, my parents are very traditional and, of course, believe homosexuality is a sin–which they reminded me of during my coming out.  It was both difficult and painful to see my parents lose their composure, and to hear them say hurtful things.

My parents and I are generally on good terms now, but I know they’ll never support me, nor will they fully accept that I’m gay.

But you know what?  That’s okay.  That’s perfectly fine.  Why?  Because what really matters is that I’m comfortable with who I am, not if my parents are comfortable with it, or my classmates, or anyone else.

One of the biggest lessons we’re here to learn is that it doesn't matter what other people think about us (and that includes our sexuality). It's a lesson that I learned before I came out, and it’s a lesson every gay person needs to learn, in order to live openly and happily.

Because it’s okay to be gay.

Being gay is in our DNA.  It’s something we could never change, even if we tried.

I’ve heard so many stories about people who've tried to "pray the gay away," who've tried "therapy," and any number of other things to change who they are. And it makes me damn sad (and upset) when I hear about them.  Nobody should ever feel like they have to fight who they are inside, who they were born to be.

Perhaps my being so accepting of myself surprises you.  It surprises me too.  After all, I’ve grown up in the Bible Belt, among the most conservative and devoutly religious people you could possibly imagine.

Yet somehow, despite being surrounded by all that, I've managed not to let it influence me, or how I feel about myself.  Unlike most people here, I'm extremely liberal and free-spirited. From the moment that I first realized I was gay, I accepted it wholeheartedly.

Actually, the first thing I did when I realized it was to talk to myself about it.  In that conversation, I told myself that I'd be all right, and that I knew I couldn’t change. But the most important thing I told myself was that God would still love me regardless of my sexuality, and that it could never be a sin to love.

After all, love is God’s greatest gift to us.  It’s why we’re here. To love, and to be loved.  Even if you don’t believe in God, you can’t deny that love is one of the greatest miracles of life.  It’s human nature.  It’s instinct.  And love isn’t exclusive to heterosexuals.  It’s part of all of us, regardless of our sexuality.

One of the biggest reasons why I am so accepting of my sexuality is because I’ve had wonderful role models all my life.  People like Lady Gaga, Ellen DeGeneres, and Elton John.  It's role models like them who inspire me constantly and show me that it’s one hundred percent okay to be who you are.

And, while I was gathering the courage to come out, I watched videos on YouTube of people like them–their coming out stories, their experiences.  And I can confidently say that if we didn’t have such inspirational gay role models and activists, I might not be as accepting of myself, and I doubt I’d even be out right now.  I owe a huge "thank you" to all of the wonderful people out there who’ve been so courageous in a world that hasn’t always been kind to gay people.

As someone who considers himself to be a post-gay teen, it's hard for me to see this darker, crueler side of the world. It's hard for me to hear about kids being disowned for being gay, to see all of the negativity and violence directed towards gay people, and to experience homophobia firsthand, even from my very own parents.

But what gives me hope is that although there is so much oppression, there are people willing to fight it.  Every day, more and more gay people come out, and every day, the LGBT community continues to fight for its rights. It's actually an exciting time to be alive, to be a witness to such a wonderful human rights movement–and to be gay.  It makes me proud to be a gay individual.

Sometimes, it's easy to believe something you've been told all of your life, like “homosexuality is a sin," which a lot of religious people say.  But, at the end of the day, you must not listen to them.  You must listen to yourself, to your heart.  If you dig deep enough, you'll understand all that I'm saying–you'll understand that it's really okay to be who you are.

Everyone deserves to live their life fully, regardless of their sexuality. Each and every day, we as a gay community become more and more accepted.  And I’m confident that, one day, being gay won't be an issue for any of us anymore.

Gay or straight, babies will be born into a world that won’t care about sexuality–into a truly post-gay world.  And, although there may be those few who remain anti-gay, love and compassion will always overshadow them, and hope and acceptance will win every time.

Thanks for reading my story.

"Happiness can exist only in acceptance." - George Orwell
Posted by Rick Modien at 10:22 PM No comments: