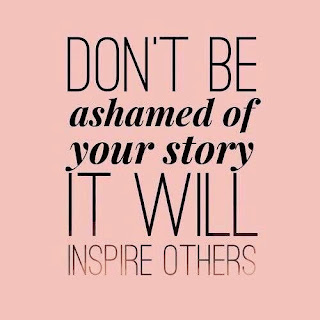 For the past seven years, I've had a voice.  My voice is this blog.

When I sat down in early 2009 to start this blog, I had no idea what I'd say.  I knew I wanted to tell the world about my relationship with Chris, because, as I've written before, I wanted to show single gay men that successful, and monogamous, relationships are really out there, and they can have one too.  I also wanted to give coupled gay and lesbian people a glimpse into my relationship, with the hope that I'd answer questions they might have about how it worked.

But in early 2011, my blog became so much more.  While I still wanted to do everything noted above, I really wanted to focus on the most important relationship each of us has, whether gay or straight, and that's the one with ourselves.  I had a lot of stuff I needed to work through, on my way to strengthening the relationship I have with myself, and, believe it or not, I managed to do that right here, by writing about it, by purging it, if you will, and by sharing it with you.

Finding one's voice isn't easy.  It involves giving yourself permission to speak up and be heard.  That's a scary thing when you consider how many people, from around the world, might see what you've written.  It lays your life bare, open to criticism, and makes you feel humble and vulnerable (it's also huge responsibility).  And it takes a lot of courage.  Well, maybe less courage than I thought.  Once you get started, it's easy.  Starting is the hardest part.

Earlier this month, I read an article in The Vancouver Sun about "The Gay Heritage Project."  Essentially, it pointed out that too much of gay history is lost, because people aren't speaking up and telling their stories.  Culturally, gay and lesbian people haven't been encouraged to tell their stories because, historically, they've been marginalized.  When you don't tell your story, it's like you weren't here.  When you tell your story, you announce yourself to the world–and you may even change lives.

Loyal readers have probably noticed I haven't written anything here since late last year.  In part, that's because I've been busy working on the final chapters a novel I've had going for the past six years.  It's also because, although I could think of things to write about, both about my relationship with Chris and about myself, I haven't felt inspired, and I think, to some extent, I've already said enough.  If I think I have something important to share with you, I will.  Otherwise, I'll shut up.

But, when I read about "The Gay Heritage Project," I came up with the idea to turn over my blog to you.  Maybe you've wanted to tell your story for a long time, but you didn't know how, or you didn't want to start your own blog (blogs are a lot of work–having written and published over 550 posts, I know).  Maybe you just want to say something quick and move on, or maybe you really want to get into it, get it all out, and put it behind you.  I know firsthand how cathartic writing is.

Whatever the case, I'm inviting you to TELL YOUR STORY, and I'll publish it here, so people can get to know you, and so you have a voice too.

If you don't want readers to know your real first name, then use another one.  If English isn't your first language, that's okay.  I won't edit everything you write, especially your voice, because I want that to be authentic.  But, to make sure readers understand what you've written, I might make the odd change here and there.  And, of course, I'll still curate what gets published at "This Gay Relationship," so I'm looking for serious responses, not advertisements for products or services you sell.

But, other than that, there are no restrictions.  With any luck, what we'll end up with is a beautiful collection of your stories, told in your voices.  The gay and lesbian experience from around the world.

I hope you'll take me up on my offer.  I really want to hear from you.  I look forward to reading what you write, and to sharing it with my readers.

Please submit your stories to rmodien@telus.net.

And thank you.  I appreciate your interest.
Posted by Rick Modien at 8:35 AM No comments: