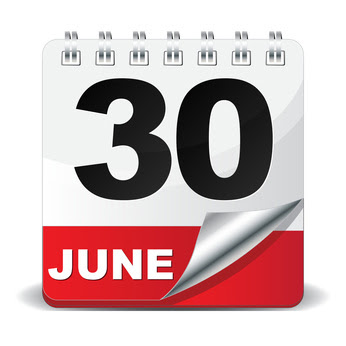 So what's the significance of June 30?

For those of you who are interested, June 30 is the date by which I plan to submit my novel to several publishers. Did I just type that? I can't believe it. It's been a long, long journey.

I can't think of anything I've wanted to be more than a writer. I remember writing a short story with a babysitter when I was a kid. It was a western (don't ask me why I chose that genre, because I have no interest in it today), and I wish I still had that story. That was a lot of years ago (I'll be sixty this October). And, while I wrote a first novel in my early twenties––coming home after work, eating dinner, cleaning up, then writing longhand in scribblers at least until bedtime and often beyond that, for nine solid months––it was a piece of crap and will never see the light of day. But…it taught me something important. It taught me I could write a novel, start to finish. It taught me I had what it took to stick with something and see it through to completion. And it gave me the energy to keep going this time around.

Some of the notes I've kept around writing my current novel have 2010 written on them. That's when I started to figure out what I wanted to write about. But I didn't really start it in earnest until 2012. That's still a hell of a long time––an average of four or five hours a day, Monday to Friday, with short breaks in between, for nearly seven years. SEVEN YEARS. Did I think I could do this? No. I wasn't sure. Am I glad I did? You can't imagine how much.

Thirty-six chapters, 393 pages, 96,747 words––my novel is almost done, and I couldn't be more thrilled. Truly a lifelong dream come true. The query letter is written. The synopsis is written. And now, I'm polishing to make sure my manuscript shines: validating setting details, cutting throwaway words (for example, very, also, rather, really, quite, etc.), and addressing the last issues I've documented on literally thousands and thousands of note sheets since starting this process. I have never worked this hard on anything or felt more fulfilled by something I've done. I've given birth to a book, and I'm closer to it than I am to most human beings.

As always, I'm still available if there's anything in my blog you're interested in and want to ask me about. Or if you just want to talk about something in your life, something you're going through. Simply send me an email at rmodien@telus.net, and I will respond. I'd love to hear from you.
Posted by Rick Modien at 5:01 PM No comments:

Email ThisBlogThis!Share to TwitterShare to FacebookShare to Pinterest
Labels: novel in progress


As you may have noticed, I haven't published much on my blog in a while. That's because I'm working hard to put the final touches on a novel, which I've had on the go since about 2012, and which I'm anxious to finish and submit to a publisher.

In an effort to keep in touch with you, I started a "This Gay Relationship" Facebook page several years ago, where I continuously post smaller, quick-hit items I think you might be interested in––from LGBT news stories I find in my reading on the internet, to movies and TV shows I recommend, to reviews of books, and anything I'd like to share.

I hope you'll check it out (see the top of the column to the right). And, if you're so inclined, I'd love if you joined me and the other members.
Posted by Rick Modien at 10:13 AM No comments:

Email ThisBlogThis!Share to TwitterShare to FacebookShare to Pinterest
Labels: being gay 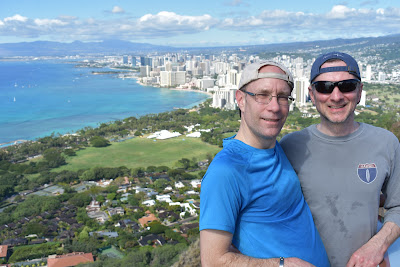 Time for a new picture of Chris and me, from our trip to Hawaii in early December 2017, where we marked our twentieth-fifth anniversary together.

And a reminder, even though I haven't published a post here in some time, I'm still the owner of this blog, and I'm still committed to it and my readers.  Send me your comments, questions, and emails, and I'll respond.  I promise.

Email ThisBlogThis!Share to TwitterShare to FacebookShare to Pinterest
Labels: comments and emails


I know.  I know.  I haven't published something here in a long time (my Christmas and New Year's greetings don't count).

But I want you to know I'm still here, I'm still engaged in my blog, both on Blogger and Facebook, and, if you have a question, concern, need advice, or just want to talk, I'm here for you.

Send me an email at rmodien@telus.net, and I will respond.  I will help if I can.  That's a promise.
Posted by Rick Modien at 5:56 PM No comments:

It's been a very long time since I've published a post here (so long, I'm not up to date with the changes Google made to Blogger).

Not sure anyone still pays attention to what I publish, but, if you do, Chris and I want to wish you the very best this holiday season and in 2017. 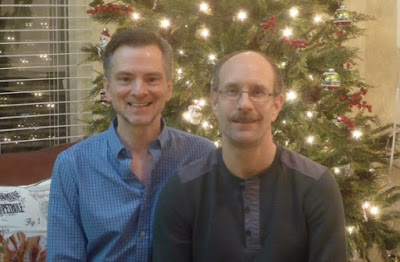 Posted by Rick Modien at 5:56 PM No comments:


Twenty-four.  That's the number of years Chris and I have been together today.

And what a beautiful man.  I count my blessings every day that I met him, that we clicked, and that we still click today.

On the day after the horrendous massacre at the nightclub in Orlando, when we're all in shock, speechless, and grieving, I hope what Chris and I have is a testament to the deep and enduring love possible between two men.

Who in their right mind can say that is wrong?
Posted by Rick Modien at 1:17 PM No comments: 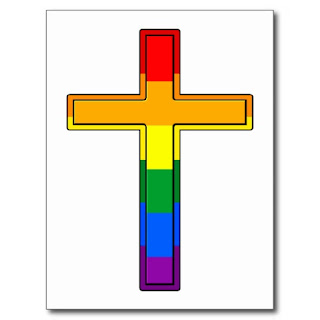 My heart and prayers go out to the families and friends of those massacred and wounded in the Orlando, Florida, nightclub shooting yesterday.  When will we learn?
Posted by Rick Modien at 12:02 PM No comments: